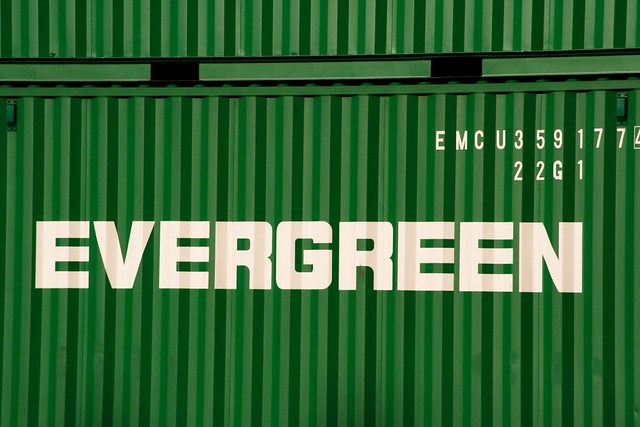 Evergreen Marine Corporation is a Chinese shipping line founded in 1968 and its headquarter is in Taiwan. Its service covers the Far East to North America, Central America and the Caribbean; the Far East to Northern Europe and the East Mediterranean; Europe to the east coast of North America; the Far East to Australia, Mauritius, South Africa and South America; and also ports in Asia to the Middle East, Persian Gulf and the Red Sea. Its fleet consists of 201 container ships and calls at 240 ports over the world in more than 80 countries. Evergreen is the fourth largest container company in the world.