The earliest efforts to increase cargo handling rates were concentrated mainly on the transfer medium, and led to the development of a wide range of mechanical equipment, such as cranes, conveyors etc., which has substantially improved loading and discharging rates, especially for bulk cargoes. General cargo handling has, however, not benefited to such a great extent from such developments. 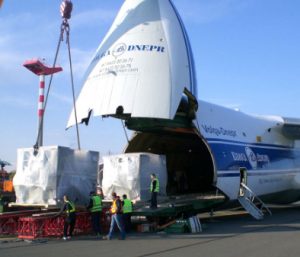 In liner shipping, the principal restriction to high handling rates has always been the large variety of packagings used for general cargo, so that significant improvements have only become possible by reducing the number of different forms in which goods are presented for shipment