Liner shipping connects countries, markets, businesses and people, allowing them to buy and sell goods on a scale not previously possible. Today, the liner shipping industry transports goods representing approximately one-third of the total value of global trade. Additionally, as a major global enterprise in its own right, the international shipping industry is responsible for millions of existing jobs and plays a crucial role in stimulating new jobs. It contributes hundreds of billions of dollars to the global economy annually thereby increasing gross domestic product in countries throughout the world. Moreover, as the lifeblood of global economic vitality, ocean shipping contributes significantly to international stability and security. 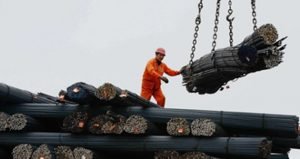 Recently, two independent sources looked at the economic contribution of the liner shipping industry and concluded that it is indeed a global economic engine for two reasons: the significant amount the industry contributes directly to the global economy, and the role of the industry as a facilitator of economic growth for other industries.

In November 2009, IHS Global Insight, a recognized global leader in economic and financial analysis and forecasting, completed an evaluation of the economic contribution of the liner shipping industry using 2007 as a base year. Key findings include: